Hydroflow’s patent lapsed a few years ago, and the Hydroflow distributor in Germany seized the opportunity and developed the  Phasis range, using the technology pioneered by Hydroflow.

Hard water is the conductor and the sine waves work with all types of pipes. The signals pass in both directions at almost the speed of light at a distance of 1500 meters.

The technology transforms mains electricity  (AC)  into 12 volts (DC) as used by a mobile phone. The DC is then transformed into an electric field (sine waves) in the water, which is replicated  throughout the pipes in the circuit.  The technology is scaleable and can treat all pipe sizes, up to as much as one metre in diameter! 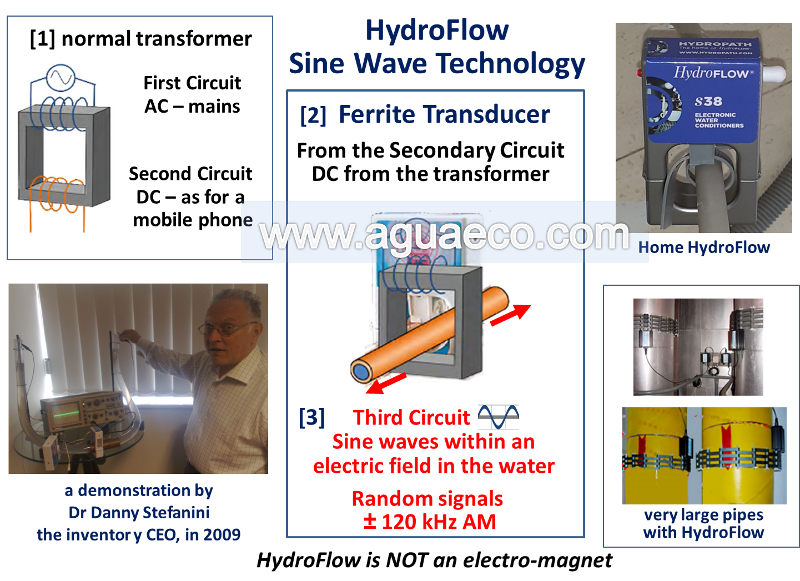 Here is an extract from the technical guide. To see more, the supplier asks for a signed non-disclosure agreement. Right now Hydroflow  Sine Wave Technology is only available from two manufacturers worldwide,  Hydropath in the UK and Phasis in Germany.  Aguaeco.com is alone in offering both.

Click  Hydroflow vs Limescale to understand how it is that Hydroflow is quite different and much more powerful than a regular electronic / electro-magnetic system.