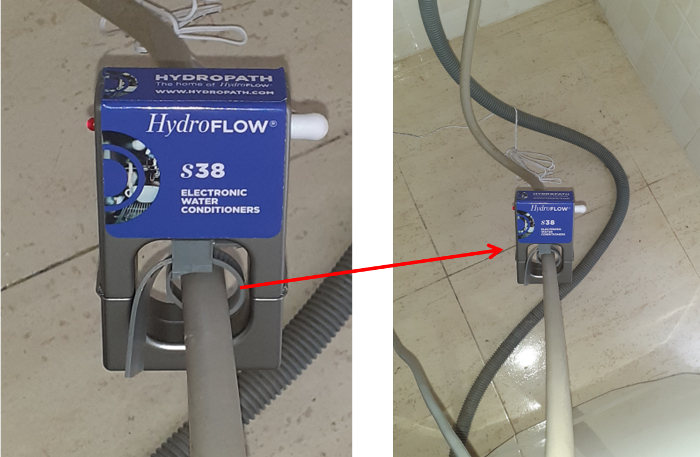 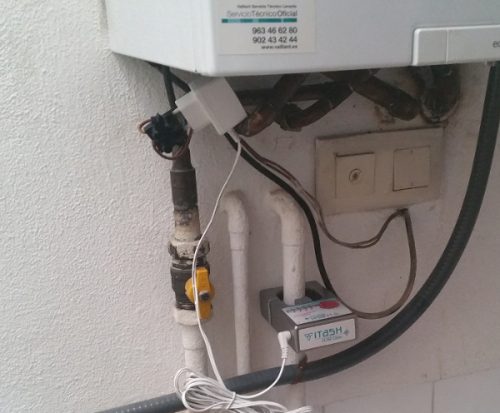 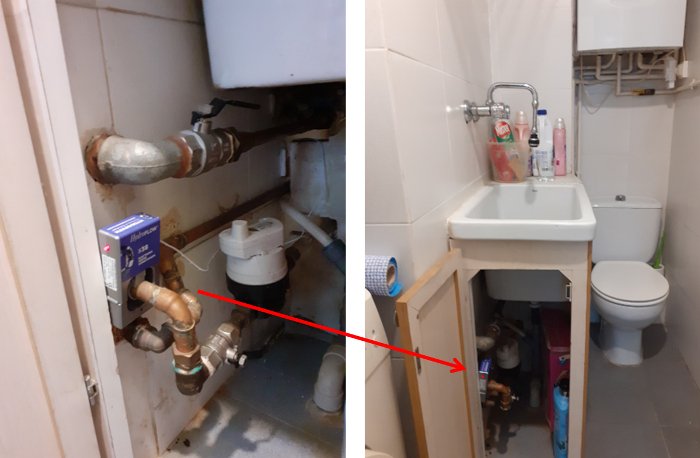 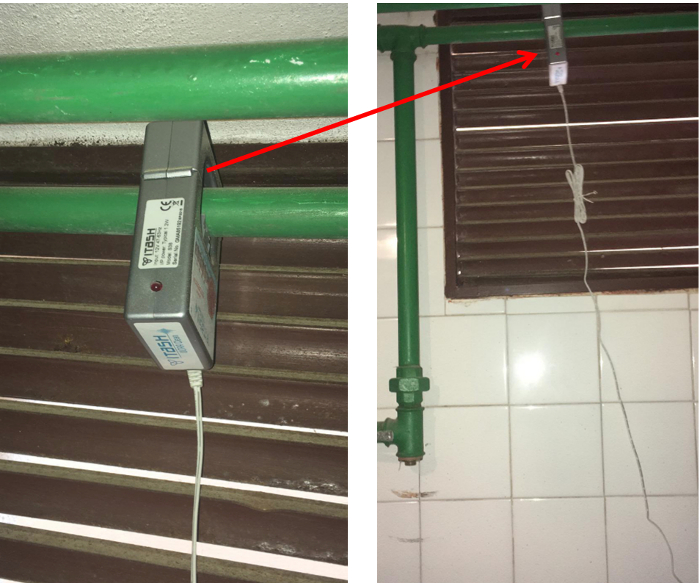 Click above and we will send you a link to buy on-line.

Hydroflow uses radio waves in an electronic field to descale all the pipes in a home.  The electronic technology also prevents the formation of hard limescale.

You can install the Hydroflow  anywhere on the pipe that is always filled with water. The point of entry in the home is the best place.  But you get good results fitting it on the cold water pipe leading to the water heater or the washing machine.

Behind the washing machine

The pipe before the washing machine is always full of water. The signals pass in every way to treat the entire home.

Before the water heater

The most commonly used location in an apartment is probably before the water heater.

At the point of entry

Soon after the water meter is the best place.

Limescale is precipitated when there is a change in temperature or pressure.  The calcium carbonates in the water crystallize and attach themselves to the nearest surface, the pipes, the water heater, the washing machine, the electric kettle etc causing untold problems that keep plumbers busy.

There are three main ways to protect your home from limescale.

[1] Eliminate the minerals that cause the lime scale, using a salt based decalcifier.  This replaces the calcium with sodium, which is not in any way good for your health if you drink it.   Also they are expensive to run, as you have to buy sacks of salt almost every month.

[2] Prevent the formation of scale by magnets and electro-magnets.  These work to a certain extent. But metal particles become attached to the pipe near the magnet, which explains why they may stop working properly after as little as six months.

[3] Prevent the formation of scale electronically with a product like Hydroflow.  Hydroflow generates random signals measured in kilohertz (kHz) that do not rely on a magnetic field.  The signals go in all directions all the time, even when the water is switched off, protecting your home 24/7.  The result is softer water that is kinder to your skin and your hair.

Hard water needs a powerful Hydroflow and the model recommended is the S38 (badged in Spain as ITASH ultra clean).  This is the same Hydroflow used to prevent scale in steam baths or steam ovens and never fails.  Hydroflow also acts against corrosion, bacteria and fixed chlorine

For more information search Hydroflow on the Internet and you will see that it is a solution used worldwide.